The Tigers who came to Tea 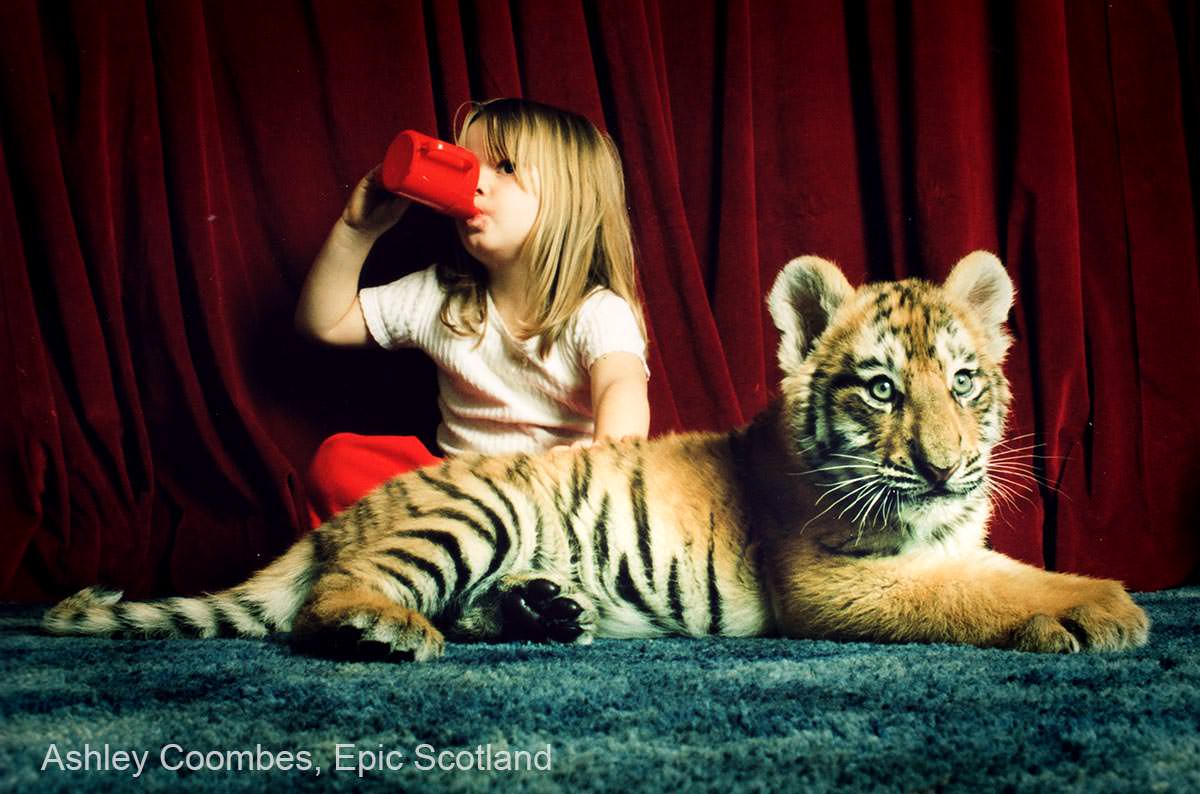 I am often asked if I photograph animals – the answer is I do – all sorts!  Sorting through a box of old photographs from my days as a newspaper photographer in London I came across these … the tigers who really did come for tea … every day!

The cubs were from London Zoo and had been rejected by their mother so in stepped one of their keepers who took them every evening to his semi on the North Circular where they were part of the family.

The juxtaposition of these exotic and amazing animals in suburban domesticity was as fabulous as the creatures themselves.

As I was shooting they played like puppies with the family, with my laces and shoes – I’ll never forget the power in those still very young paws as they wrapped around my foot, and the strength in the jaws as he chowed down …

I don’t know how much longer the cubs were taken home, nor what happened to them. I assume they’re now star attractions at London Zoo – but would love to know!