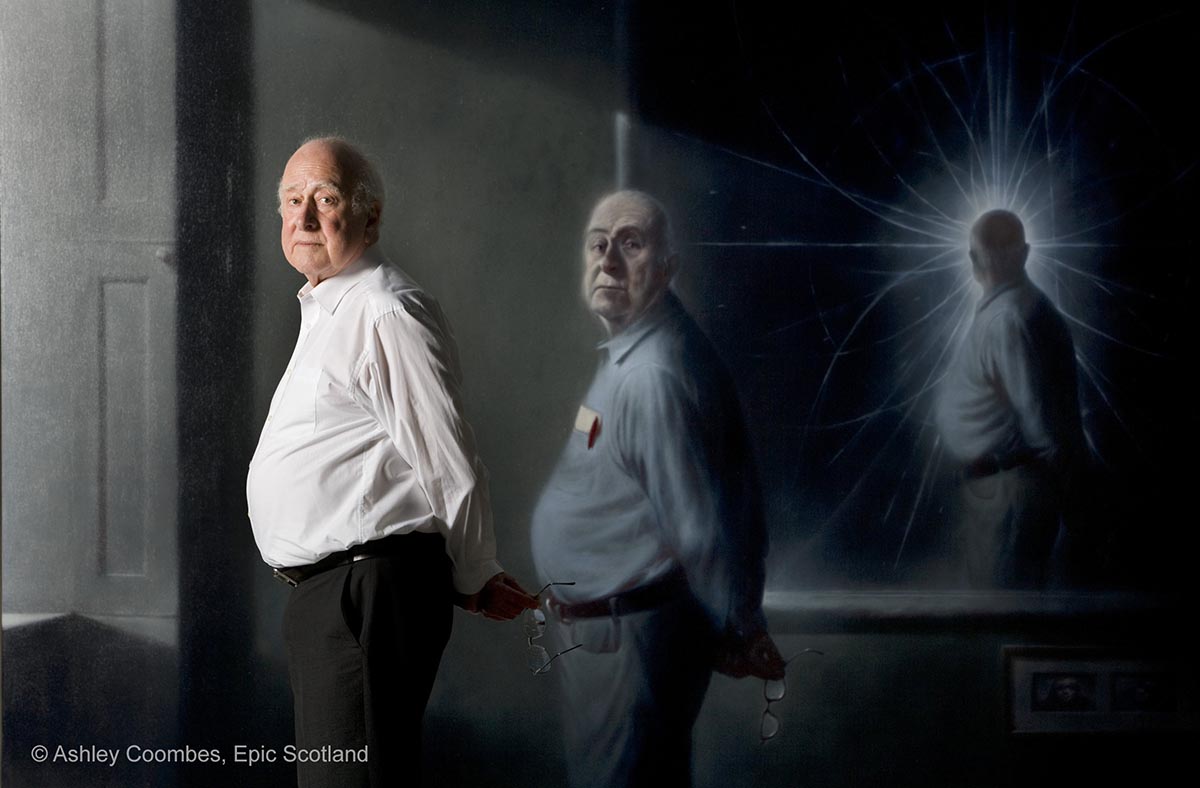 On reading today that scientists believe they have discovered the “God Particle”, I remembered meeting and photographing the man who proposed the idea in the first place – the Higgs boson theory.

The British physicist, Peter Higgs was at Edinburgh University at the time (March 2009) and on entering the School of Informatics I was confronted by the huge and mesmerizing portrait by Ken Currie which I shamelessly piggybacked to produce one of my favourite portraits.