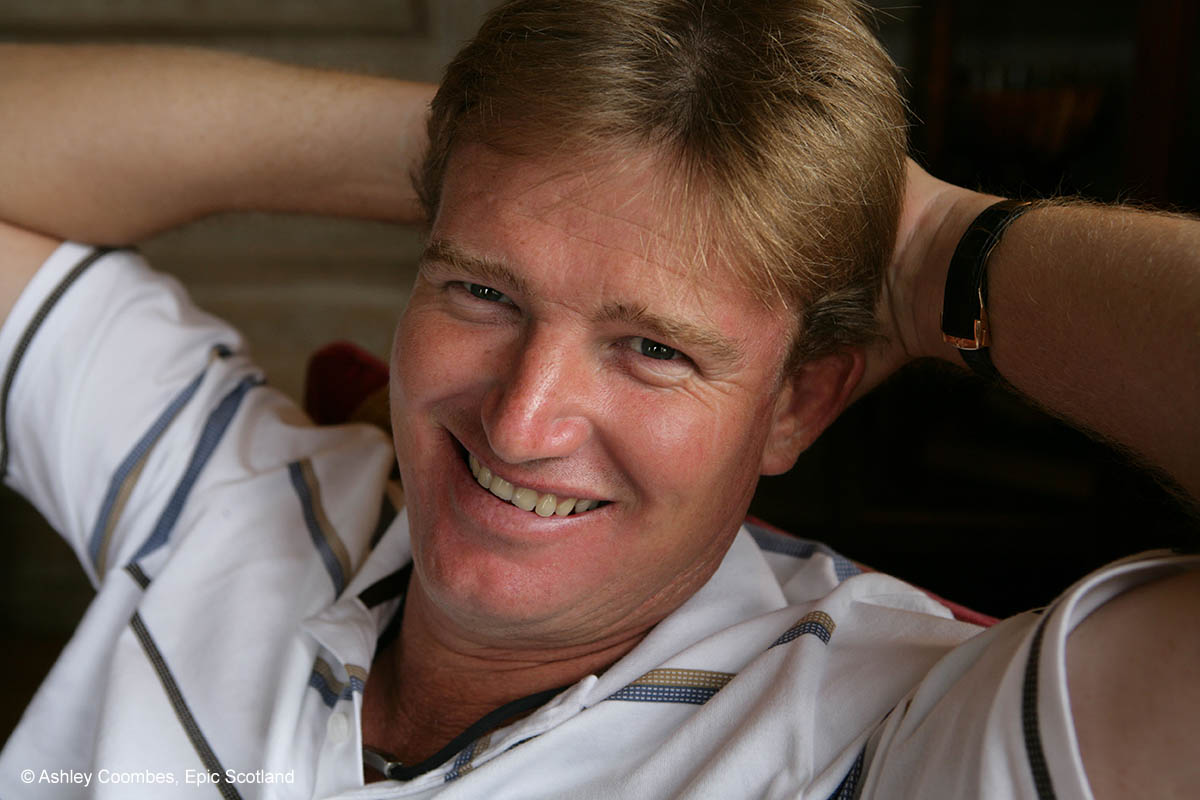 I’ve been a fan of golfer Ernie Els ever since I spent the day with him on a practise round for the Scottish Open at Loch Lomond in 2006. It was obvious how he earned his nikname “The Big Easy” and although I had some lovely photos of him out on the course, The Guardian (who I’d been commissioned by) published this portrait which I took later in one of the lounges. It meant a lot to me that they used this photo as I felt it showed some element of the relaxed and laid-back manner for which he’s so well known.

Although I felt awful for Adam Scott who dropped 4 stokes in the last 4 holes at Royal Lytham yesterday I was delighted that it was Els who lifted the claret jug after all the drama. I hope this marks a bit of a turning point for him after a couple of years in the doldrums.